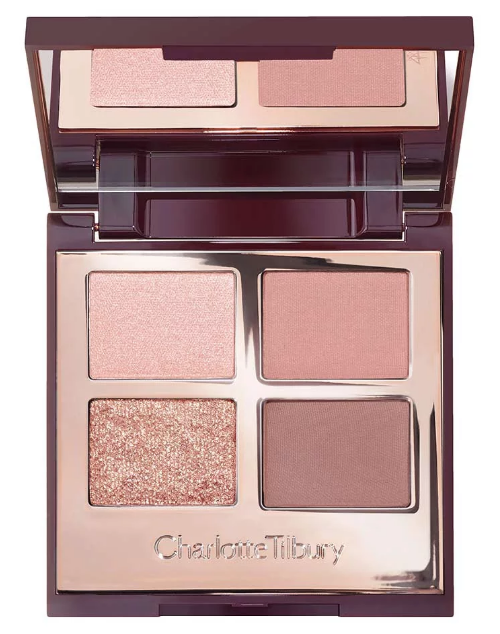 Below is all of the stuff I used in my Charlotte Tilbury “Pillow Talk” eyeshadow quad GRWM video, which I shared on my IG.  I wanted this eye palette the moment I saw it announced, but at the time, it was exclusive to Charlotte Tilbury’s website.

I wasn’t born yesterday, and I had a feeling that, even though it was limited edition, it would eventually make it to Nordstrom, which meant I would be able to earn points with my Nordstrom card.  Hey, points matter, because points add up to dollars off/savings on future purchases, y’all.

END_OF_DOCUMENT_TOKEN_TO_BE_REPLACED

I’ve been sitting on this post since sometime last spring.  But, here we finally are.  In a video that is currently uploading, as well as in the post below, I outline the top things that I did/do, and the things that I DIDN’T/DON’T do, to grow my kinky hair past 25 inches long.  I’m not expert on hair, but I am an expert on my hair.  I figure, since people buy weave in lengths that are equivalent to my real hair’s length, I’ve made significant progress in my growth quest.

And, we’re off!  I wound up deciding to use day 1 as a day to do a quick juice detox.  You know– a “hard restart,” but for my guts.  I’m debating over doing a second day, since I do usually do 2-3 days.  But, I’m heading back in to work tomorrow, and I’m far too busy feeling depressed that the holiday break is officially over to stack having to juice all day long on top of it.

I didn’t work out today, on account of the juicing, but I just finished planning/scheduling my workouts for the next 4 weeks.  It may require some tweaking in the 3rd and 4th week, since it’s looking like I’ll be heading out of town, for work.  I’ll worry about that later.

To keep things simple (I prefer workouts and programming where someone else just tells me what the fuck to do), I’m going to be trying out Mark de Grasse’s Fitness Is Function 4 week bodyweight program, which I downloaded about two years ago, and then NEVER DID IT.  I also downloaded the kettlebell one, and NEVER DID THAT ONE EITHER.

I was probably just too busy doing other workouts, because I had been working out consistently at the time, and kept it up until the dog came around.  So, I guess I shouldn’t feel too bad about letting these ones sit on  my hard drive, collecting proverbial dust.  Better late than never!

I’m also in the midst of making some turkey vegetable chili, at this very moment.  It’s simmering on the stove, the aroma taunting me, whilst I sip on green juice.  With this batch of chili, dinner is sorted for the whole week in one fell swoop, which is super dope.

Lunches will be salads and other healthful choices from places near work.  I’ve got plenty of options.  It’s L.A.  Ideally, I’ll be brown bagging my lunch, once I get more on top of meal prep.

The primary objective is just to get back on a schedule, with my meals.  I think the only reason my poor diet hasn’t completely destroyed me is, I typically have only been able to have one or two meals, per day.  I haven’t had breakfast in weeks.  Yesterday, I worked all day on my 2016 hair favorites video, and didn’t eat until around 8pm at night.

I had a steak sandwich, in case you were wondering.  Last hurrah, and all.

Oh, and since that  mention of my last video segues so perfectly into a shameless plug, here it is:


Okay, so a while back, I must have nailed my makeup in a couple of my videos.  Because I had a bunch of folks asking me for a makeup tutorial, under said videos.

I don’t do makeup tutorials.  I don’t do any tutorials.  But, I finally decided to just get on with it, and do a Get Ready with Me, where I recreate the look that seemed to tickle the pickle of so many of my YouTube homies.

Below is everything that I used, to achieve the look.  Warning: I used a lot of expensive makeup.  So, you know, that’s not for everyone.  I’m just telling you what I really use/used.

Everything I put on my face, including the stuff I put on it off camera:

The earrings I’m wearing are made by BorderHammer, one of my all time favorite YTers, and they are right here – https://goo.gl/IskjWm
And, she has them in silver now! – https://goo.gl/ioiynV

The hair hat I’m wearing is Outre “Neesha,” in S1B/30.  This wig seems to be hot shit all over the internet, because it STAYS sold out.  But, I wanted to try out a straight style, and was able to snatch one up on a restock at Elevate Styles, a few weeks ago.